Medication & Your Eye Health: Are You Unknowingly Damaging Your Eyes?

As an optometrist, I believe it’s incredibly important to acquaint myself with my patients as much as possible. From family information to lifestyle patterns to personal medical history, these details not only make for a more personable and collaborative experience, it greatly affects how well I’m able to care for my patients.

This collective information helps to shed light on vision and eye health and how I diagnose, manage, and treat ocular conditions. One aspect that cannot be ignored is prescription medications. What my patients are taking, what they’re taking it for, and what they’ve taken in the past must be seriously considered at all times.

From blurred vision to dry eye, retinal detachment to induced diabetes, medications can have a variety of effects on our eyes. And with the rise of pharmaceutical use, it’s becoming increasingly important to pay attention.

Prescriptions are on the Rise

According to Statistics Canada, from 2002 to 2017, total pharmaceutical sales in Canada doubled to $27 billion, making Canada the tenth largest world market.

These numbers are alarming, but not particularly surprising. Many of us are prescribed pharmaceuticals for a number of reasons. Unfortunately, we often don’t think of the real impact it could have on our eyes. This is because most drugs have an exhaustive list of side effects – and although vision disturbances can sometimes be far down the list of adverse effects, they can be very real.

While research into the side effects of prescription drugs continue to evolve, some studies directly link certain medications to vision issues and eye health. Below are only some pharmaceuticals to watch for that are causing adverse visual effects.

Corticosteroids are a popular class of prescription drugs that lower inflammation in the body and reduce immune system activity. They are usually prescribed to help with allergies, asthma, lupus, and arthritis.

Steroid-induced glaucoma or ocular hypertension.  Intraocular pressure (IOP) has shown to typically increase within 6 weeks of topical steroid use and 2-3 months in injectable use for some patients. This leads to steroid-induced glaucoma or ocular hypertension that reportedly develops in certain susceptible individuals after corticosteroid use. Therefore, it is important to regularly test IOP in patients that currently use, or have used corticosteroids in the past.

Cataracts. Cataracts are a known effect of steroid use. Taking steroids can cause a cataract type called posterior subcapsular cataracts, which causes a small, cloudy area to form at the back of the eye’s lens. Symptoms of cataracts, like blurred and double vision, eyelid droop, and bad night vision may present themselves early.

Psychotropics are defined as any drug that affects behaviour, mood, thoughts, and perception. By adjusting and stabilizing levels of brain chemicals, or neurotransmitters, they are widely successful in the mental health field.

There are five classes of psychotropic drugs used to treat a range of conditions:

Diabetes. Many psychotropics have been shown to induce diabetes. Because of the common link between diabetes and vision, these patients must be tested thoroughly and often.

Angle-closure Glaucoma. Drugs such as topiramate have been shown to occasionally trigger an anatomical change to the lens, resulting in angle-closure glaucoma.

Mydriasis (Dilation of the Pupils). Dilation of the pupil is often associated with tricyclic antidepressants and SSRIs, due to serotonin fluctuations.

Dry Eye. Numerous studies have been done into the link between anti-depressants and dry eye syndrome. While many psychotropic drugs contribute to dry eye, citalopram, fluoxetine, fluvoxamine, alprazolam, and sertraline are among the greatest culprits. Because tricyclic antidepressants block the signals between nerve cells, they also interrupt signals that would normally tell your eye to make more tears. Such is not the case with SSRIs, although they can contribute to dry eye as well.

Retinoids are a class of drugs often prescribed for skin conditions, such as acne, warts, and psoriasis.

Dry Eye. Dry eye syndrome and blepharoconjunctivitis are the most common side effects, appearing in 20-50% of patients treated with retinoids.

Antibiotics are powerful drugs used to fight bacterial infections either by killing bacteria or slowing and suspending its growth. They do this by:

The use of antibiotics is prevalent and widespread. In fact, statistics Canada reported that in 2017, 24 million Canadians filled prescriptions for antibiotics.

Retinal Detachment. In a recent Canadian study, it was shown that retinal detachment – when tissues in the eye separate from the eyeball, was five times more likely in patients taking fluoroquinolones, a type of antibiotic used to treat bacterial infections.

Tendonitis of the Eye Tendons. Studies show that fluoroquinolones have also been linked to tendonitis and rupture of the eye tendons.

Diplopia (Double Vision). Fluoroquinolones have been linked to double vision in some cases. If often arises as a precursor to eye tendonitis for some patients.

Taken exclusively by men, ED drugs work by interfering with the chemical process that lets blood leave an erect penis.

ED pills have been shown to cause a number of vision disturbances, such as pupil dilation, redness, dry eye, blurred vision, and a temporary bluish or red-tinted discoloration to the vision. The Academy of Ophthalmology cautions the use of this drug in macular degeneration and diabetic retinopathy.

What Can Be Done?

So aside from paying close attention to changes in your vision and eye health, what else can be done?

As stated, if you notice unusual vision changes, talk to your doctor or optometrist. In some cases, alternative medications can be prescribed that won’t present a host of adverse eye effects.

Your optometrist and general practitioner can work together to find a solution that works for you. The key is to be completely transparent about your medications and symptoms.

I keep a close eye on my patients with an in-depth medical history, especially ones who are taking a number of pharmaceuticals that are known to affect eye health. I often suggest an increase in the frequency of eye exams for this reason.

To be clear: this is not an exhaustive list of medications that can cause adverse eye effects.

Almost all prescribed pharmaceuticals or over the counter drugs can cause some vision issues, especially when coupled with certain lifestyle and environmental factors.

Whether you are a doctor or a patient, the key is to pay attention. Be vigilant in your eye health. 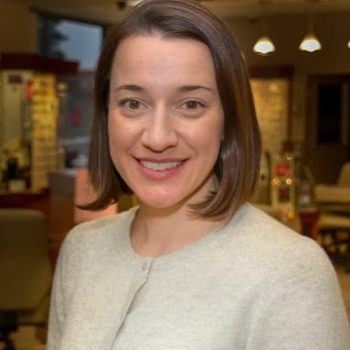